It’s me, sitting behind a table, with a sign that says “FREE POEMS – any topic!”

Someone walks up, gives me a topic (“Our friends are having a baby!” … “I feel like my friends are fading away” … “Zombies and music!”), then in about 3 minutes, I make up a poem on my 1928 (still working!) Remington portable typewriter, right then and there while they watch. 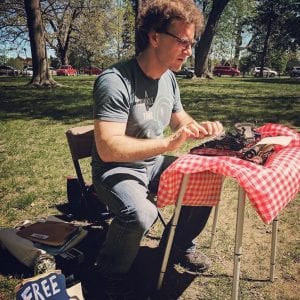 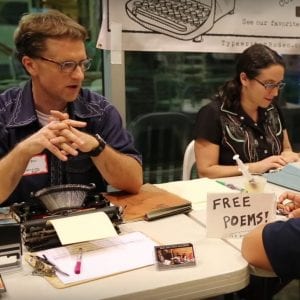 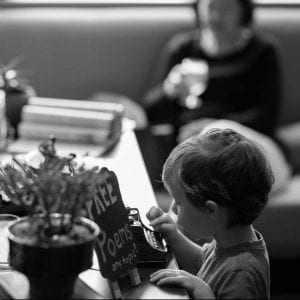 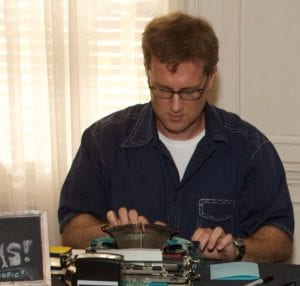 I love doing instant poems for strangers so much.

For one, it provides some much needed face-to-face connection, in our all-too-digital age.

It also lets people share some of their most pressing concerns. Maybe it’s because we are strangers and they know they’ll never see me again – whatever the reason, people often ask for poems about emotional, vulnerable topics in much the same way they would reveal their thoughts at a confessional booth.

And, if I can turn that into a poem, a gift for that person standing across from me, it lets them know they are truly seen and heard, even if just for a few minutes.

And that’s something we all need, now more than ever.

Of course, many people also ask for fun or light or random topics, like ice cream and cheese and dancing zombies.

When I hand each poem over, it’s often greeted with a smile, laughter, or even hugs and high-fives. Sometimes, people will wipe away tears, and simply say, “Thank you.”  And each time, I always give the same response: “Thank you for letting me write that poem.” 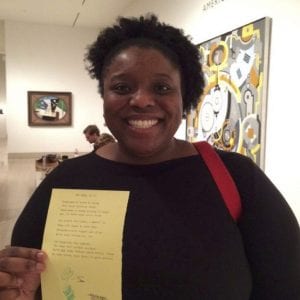 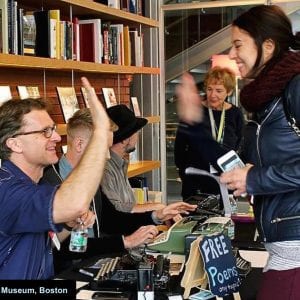 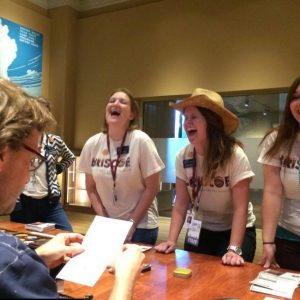 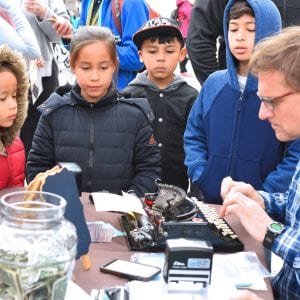 While most of those poems and people I’ll never see again, some poems do find their way back to me, much later. People will post them on social media, or message me to tell me they had the poem framed. A friend will say they saw one of my poems on someone’s fridge. Years after they were written, I’ve learned that others are tacked to bedroom walls or kept at work for inspiration; tucked into a jacket pocket at a funeral for solace; engraved on a memorial plaque for a lost friend; kept in a car as a road trip companion.

Since 2013, I’ve written over 10,000 on-the-spot poems at events and venues all over the country. Many were with Typewriter Rodeo, and a lot were done on my own. Maybe 1% of have come back to me, at best.

I love thinking about how all those poems are scattered about the world, existing in people’s lives, long after I’ve given them away. And in ways I could never imagine and will never know about. 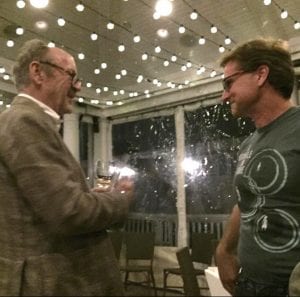 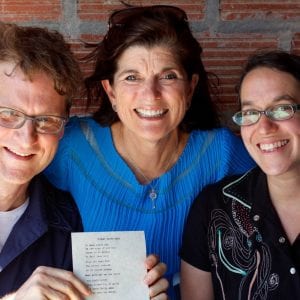 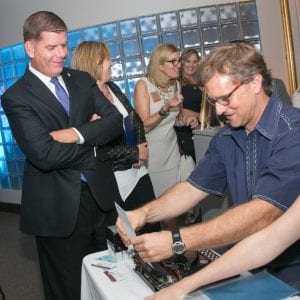 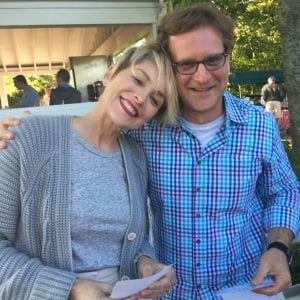 I’ve written on-the-spot poems from Maine to Mexico, Seattle to San Antonio, for celebrities and big-city mayors, for kids age 5 to 95, at fancy parties and farmers markets and everything in between. Below are a few of my recent favorites.

This was at a wonderful independent bookstore in Dallas, TX, called Interabang books. A woman walked up and simply said: “Can I have a poem about letting go?” 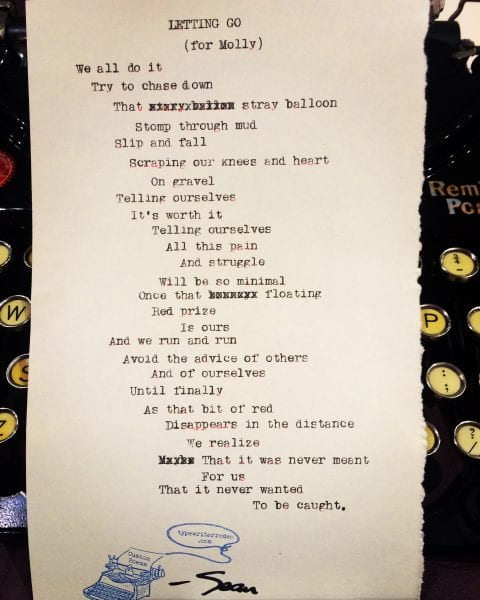 At the Farmers Market in West Seattle, Washington, two couples were near my table. A guy from couple #1 leaned in and whispered to me: “Can you write a poem to tell our friends we’re pregnant?” The best part was watching the other couple read the poem and yell, “No way!” Later, the poem requesters, James & EmilyRose Frasca, posted the poem on social media. 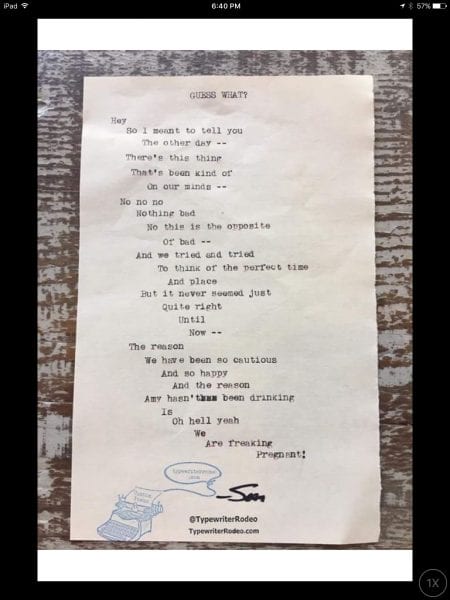 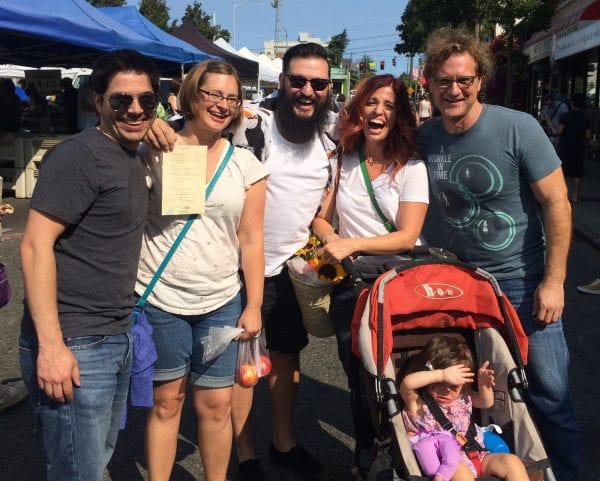 “The most perfect thing. Ever. Thank you for your words.” —EmilyRose Frasca

At the Maker Faire in Austin, Texas, a girl in eighth grade said: “Can I have a poem about fading away?” “Sure,” I answered, “what’s that mean to you?” Oh, it’s … it seems like I’m losing all my friends.” 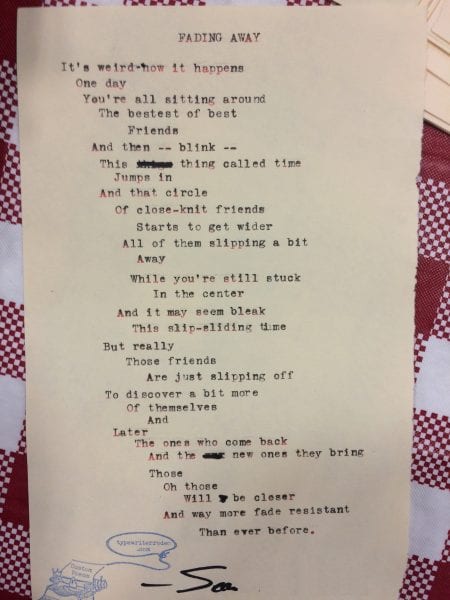 LISTEN TO THE TREES

For the West Seattle Summer Fest street fair, the Southwest Seattle Historical Society had me type on-the-spot poems for their booth. One of the visitors to the booth was Ken Workman, the great great great grandson of Chief Seattle (chief of the Duwamish and Suquamish tribes, the area’s indigenous peoples). Ken, who is Duwamish, shared one of his philosophies — that the dead are not entirely powerless, because the trees literally carry the DNA of our ancestors. Which was more than enough inspiration for a poem. 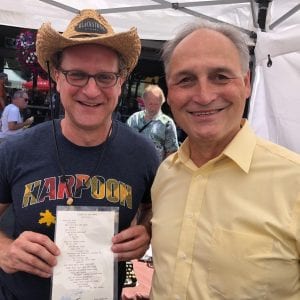 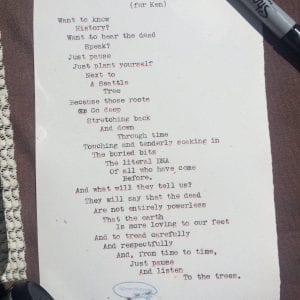 At the Antiquarian Book Fair in Washington, D.C., an elementary school boy came up to the table and asked for a poem on “zombies and music!” Of course! 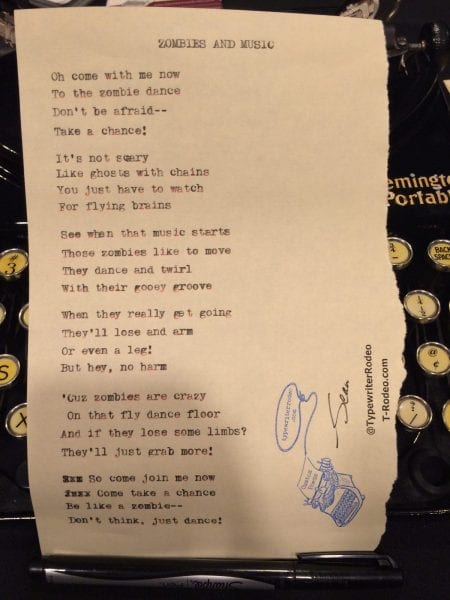