In the summer of 2018, the Southwest Seattle Historical Society hired Sean to create on-the- spot poems about and for the residents of the Duwamish peninsula.

For three sun-filled days at the West Seattle Summer Fest, visitors to the Historical Society’s booth were asked, “What do you love about West Seattle?”

Folks from age five to eighty-five shared their stories, memories, and favorite things — and then had them turned into original poems, typed then and there, while they watched.

LISTEN TO THE TREES collects those poems, along with beautiful now-and-then photos of the poem topics, into a snapshot memoir reflecting the cares and concerns of the city’s residents, and just the sheer bustling joy of the street fair.

Many poems also delve into West Seattle’s past — odes to cherished places long-gone, ancient advice from its native Duwamish inhabitants, and what it was like growing up in a city so steeped in history.

LISTEN TO THE TREES is a tribute to the history, diversity, and rich beauty of the Duwamish peninsula. In short, it is a love letter to the area, in book form. 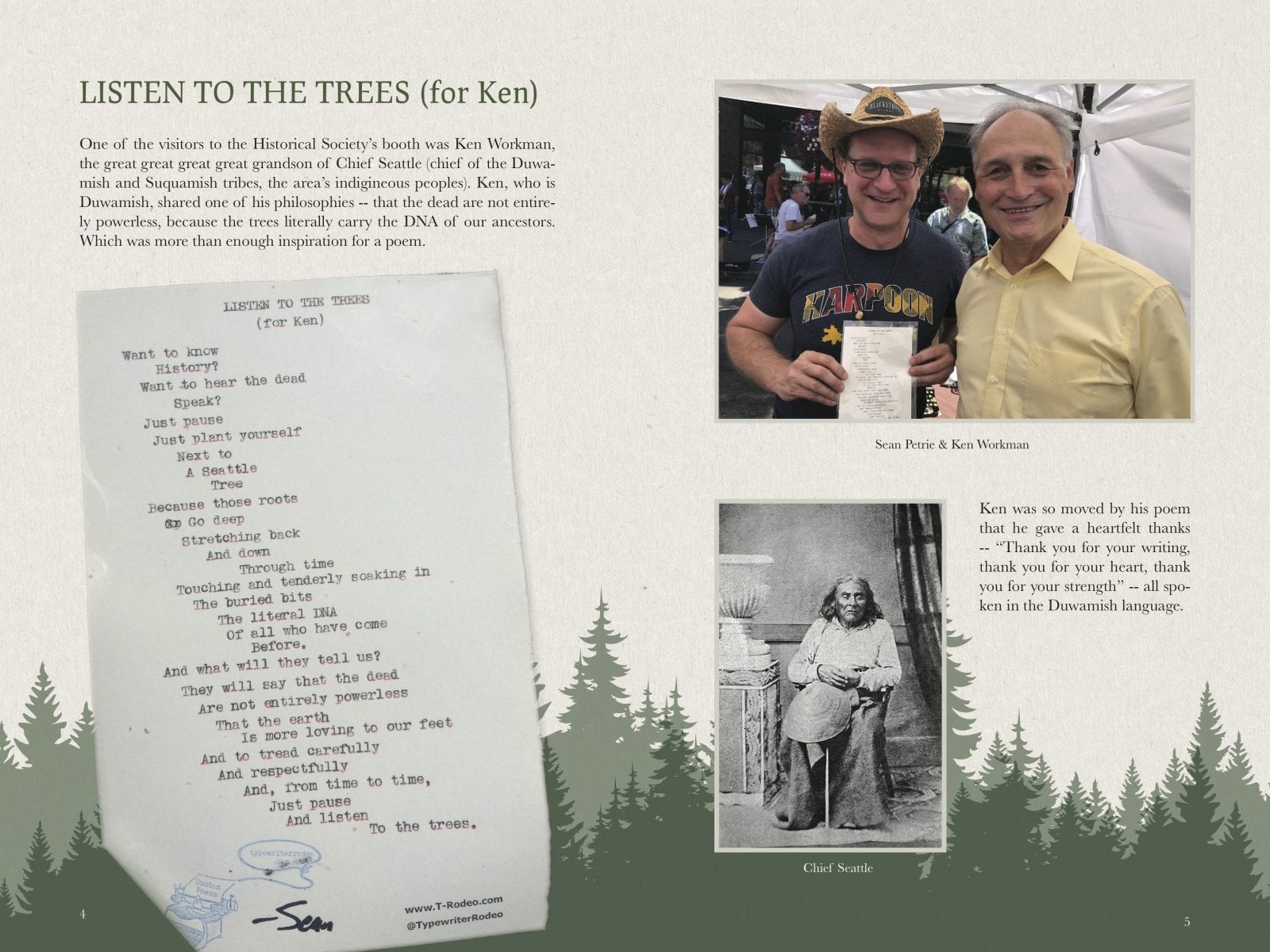 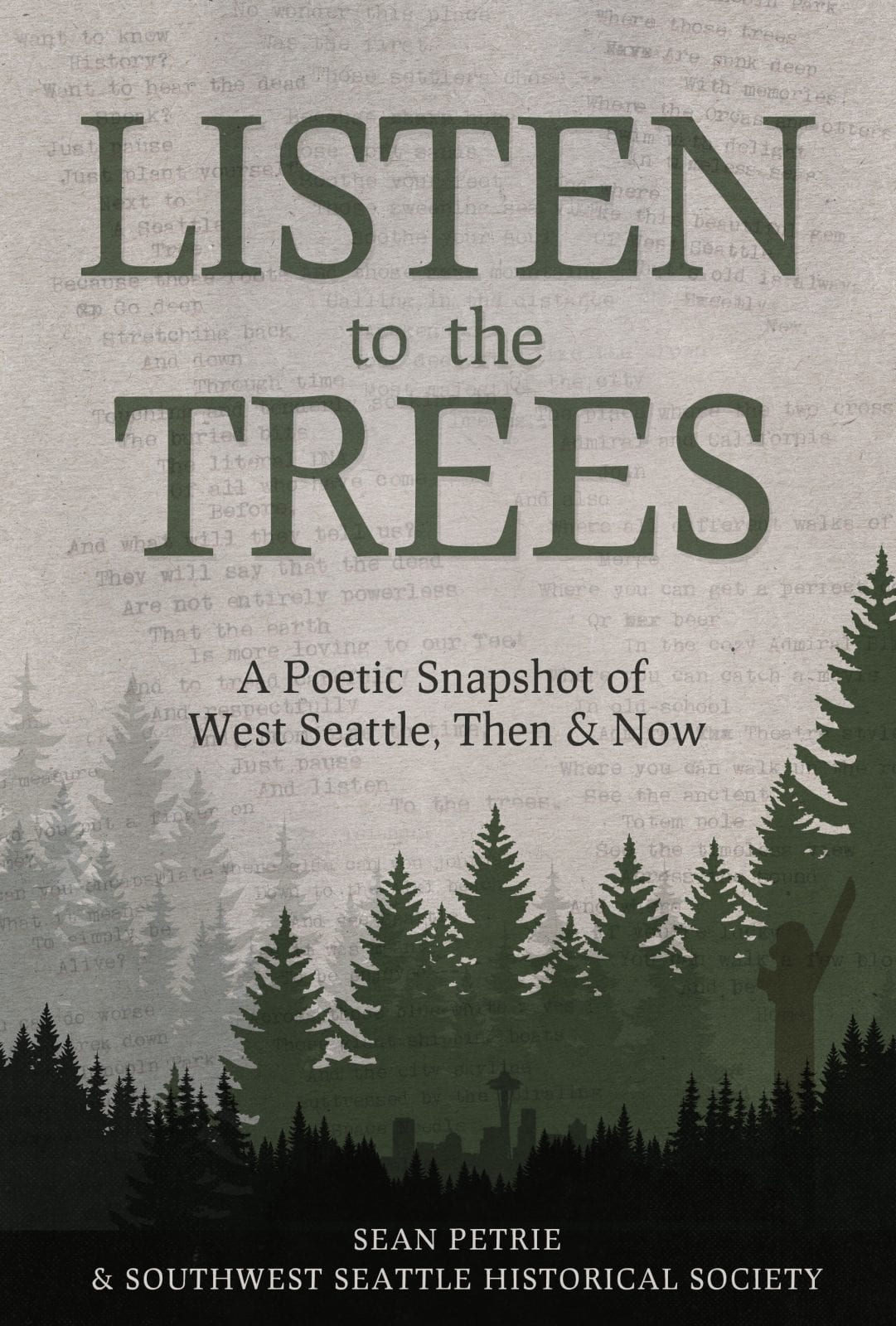